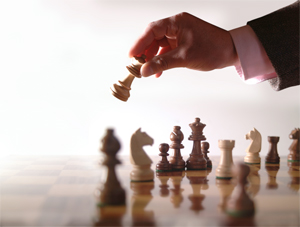 According to an article by Methods Framework most strategic planning efforts fail to deliver the intended results.

Why does this happen? The reasons vary, but the most common are:

I’m proud that all of the clients whom I have done strategic planning with, and continued to be involved in implementation have shown an ROI of many times the investment in our work. 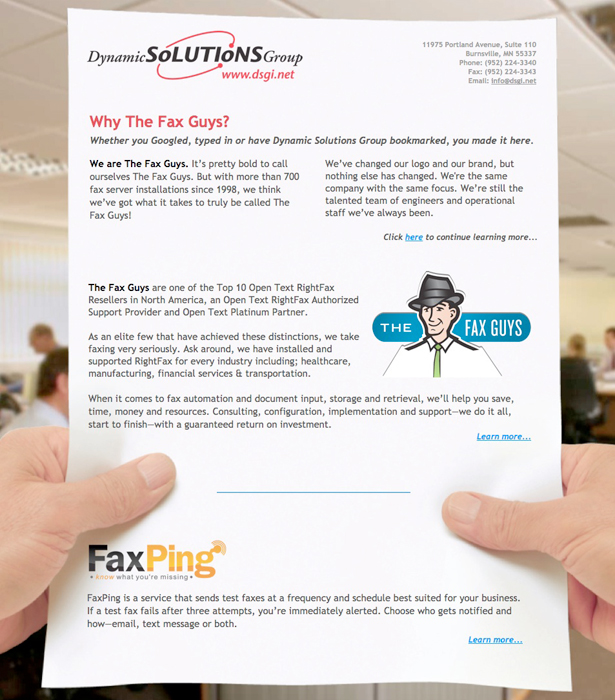 I was contacted by Dynamic Solutions Group (DSGI) in September 2008. DSGI is one of the leading Fax Automation experts in the nation. They have been in business for over 12 years and completed over 600 fax automation installations. Concerned over the future prospects for growing their business they contracted with me to help them help them create a new vision for the company.

In the first nine months we accomplished the following:

In the next six months we held our second strategic planning session with the office manager, completed a detailed plan for the coming year and decided on a new five year vision for the company that preserves the Fax business and will double the size of the company with a new strategic direction.

Despite the recession in 2009 the company has doubled in revenue and profitability.

Here is what partner Greg Osterdyk had to say about our work together. “Last year, 2010, was the first year I was able to take some time off and not worry about the company. I feel confident about our future and look forward to continuing our work with George in the coming year.” 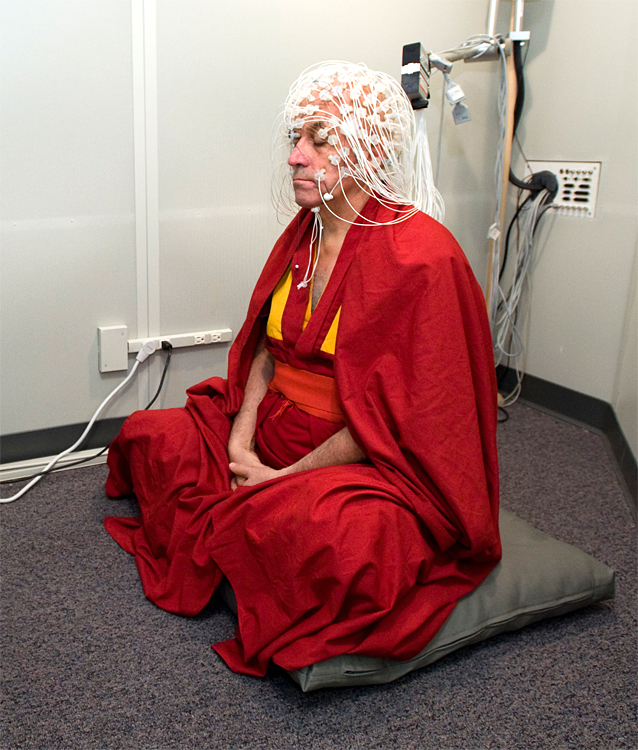 Last week, for the second time, I watched a two hour special on PBS entitled “The New Medicine“. It talked about how medicine is becoming more integral involving the mind, body and soul of a person.

It’s really not new, but rather it remembers the way medicine used to be practiced. I saw great similarities between what they were saying about “The New Medicine” and “The Better Way To Live and Work” program we offer. The purpose of this entry is to share what they are saying and what we do in our work.

Here are some of the things being advocated and practiced in “The New Medicine” that are all part of our program:

END_OF_DOCUMENT_TOKEN_TO_BE_REPLACED

I was recently featured in the May issue of Motto Magazine in the article “50 Life Tips from 10 Top Coaches”.

I was honored to be included with coaches I admire including Marshall Goldsmith, Rick Tamlyn, Andrea Lee, Marcia Wieder and  Steve Mitten 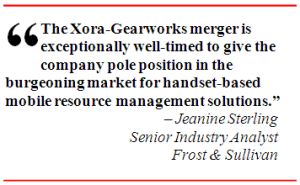 In August 2009 Gearworks merged with Mountain View, California based Xora, Inc. and in doing so created the largest global provider of location-based mobile business applications with over 15,000 customers on three continents. The new company assumes the Xora name and will be based in California with a development center remaining in Eagan, Minnesota. Gearworks decision to merge was driven primarily by the difficult economy and capital markets which hampered its plans for continued expansion as a standalone company.

For three years I lead offsite strategic planning sessions for Gearwork’s senior management team and provided coaching services for Gearwork’s leaders. During that period Gearworks emerged as the fastest growing company in its space with 40% year over year growth. As the company evaluated the fund raising market in last 2008 it became clear that getting bigger and profitable was paramount to continued growth and be well-positioned to capitalized on post-recession opportunities.

Here is what Gearworks’ CEO Todd Krautkremer had to say about the merger: “The scarcity and cost of venture capital in the 2008-09 timeframe made it clear to me that the best way to secure the future for Gearworks was create a dominate company that not only is growing and profitable, but recognized as the safest and best positioned player in the market by wireless carrier partners like Verizon and Vodafone”

“George was an incredibly valuable asset to our company. As with many early stage companies, Gearworks was faced with a multitude of opportunities and a number of harrowing challenges. George provided the guidance and coaching that helped me and my team develop a compelling vision and focused execution plan and provided an effective sounding board that help us navigate some real challenges that threatened the business. He was also instrumental in helping my team assess their strengths and develop the alignment needed to execute against our objectives”. I would recommend George for any early stage or fast growing company looking for coaching and facilitation of their strategic planning process.”